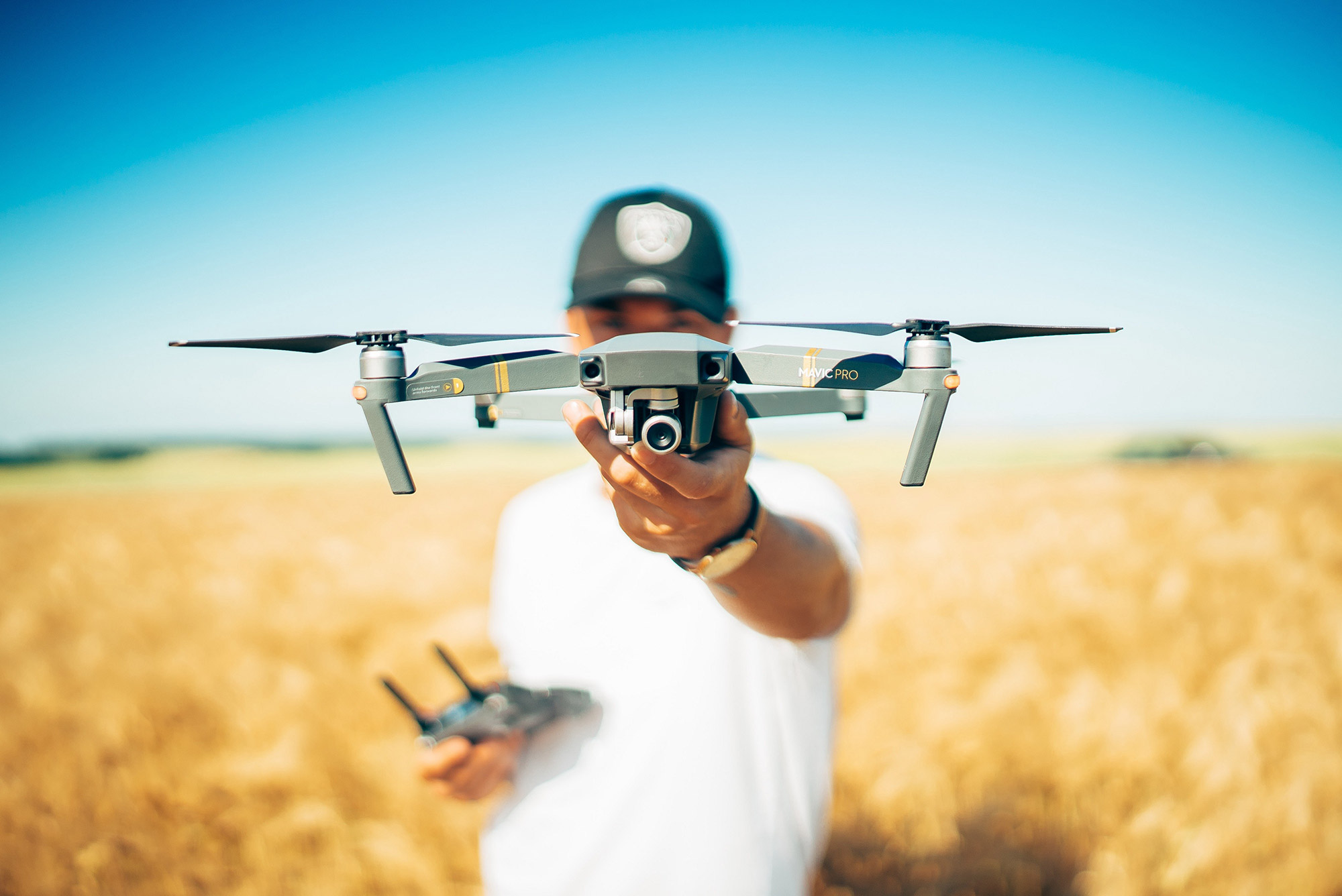 George Valcarcel, a Senior at The Ohio State University, participated in the first iteration of the Rapid Innovation for Public Impact course, based on the Hacking for Defense (H4D) syllabus from the Department of Defense.

Editor’s Note: George Valcarcel is a Senior at The Ohio State University and participated in the first iteration of our course, Rapid Innovation for Public Impact, based on the Hacking for Defense (H4D) syllabus from the Department of Defense. George and his team, Arrows in the Quiver, navigated an incredibly complex problem and created an innovative solution. We asked George to write about his team’s journey through the course and give an idea about what he gained and what future students can expect.

Never before had I been on a team comprised of members so different than me. To begin with, we represented different fields of study including Industrial Systems Engineering, Public Affairs, and Economics. In addition, we had both graduate and undergraduate students, an international student, and a decade-plus age gap between our youngest and oldest members. All of us were eager to get started on the project — but also communicated upfront the multitude of other commitments to be juggled.

Our team was paired with the Ohio National Guard. The Guard’s leadership expressed their desire to acquire a Counter-UAS (drone) capability for use in their domestic operations. From their perspective, they viewed the core issue was for our team to solve and identifying a mission-ready technology to be procured.

The integration of thousands of hobbyist and commercial UAS being flown in the National Airspace poses an ever-increasing security risk. Overseas, ISIS insurgents have been attaching explosives to small UAS flown over enemy lines. In January, a hovering UAS shut down London Gatwick airport for 3-days, inflicting billions of dollars worth of economic damages.

The team began by attempting to map all stakeholders concerned with UAS security — including airports, prisons, and sports/entertainment venues. Very quickly we began to over-rotate our gears and failed to progress on understanding the specific problem faced by the National Guard. This took a toll on our team — spending 30 hours a week spinning our wheels during the preliminary phase of the course.

Frustrated, and with teammates struggling to complete graduation theses and juggle other student org leadership roles, the instructional team came to the rescue. We were counseled to revisit the course’s “lean methodology” and to be laser-focused on getting familiar with the National Guard organization to better understand their specific pain points. Faced with the course drop-deadline — the entire team committed itself to trusting the process and persevering on the project.

Fortunately, we met Retired General Mark Bartman, the previous Adjutant General (the highest-ranking commander in the Ohio National Guard). He carefully walked us through the nuances of the National Guard organization, especially given its dual authorization under both Federal Title 10 and the State Governor under Title 32. We also learned about the Guard’s two missions: fighting overseas and defending the homeland during disasters and emergencies.

The team then moved into the process of “Beneficiary Identification” — conducting interviews with Guard personnel to pinpoint which units stood the most to lose/felt the greatest pain without Counter-UAS capability.

The early answer appeared to be the Guard Security Forces — tasked with defending the perimeter and aircraft of static air installations. Even clueless or careless operators could easily fly a UAS over the fence and conduct surveillance and damage Guard assets. A nightmare scenario discussed the possibility of an F-16 swallowing up a UAS into its engine intake while attempting to scramble.

An important insight emerged during a conversation with a Security Force commander who mentioned using Counter-UAS equipment while deployed overseas with the Guard. When asked about the protocol for responding to a UAS sighting at their domestic air wing, they responded that the FAA only permits observing and reporting the threat and coordination with local law enforcement to apprehend the operator. The team confronted the possibility that the root cause of the Guard’s problem was a policy gap, rather than identifying a technology as leadership initially understood.

In meeting with counter-UAS technology vendors, the team uncovered that systems for detecting, identifying and interdicting UAS, albeit imperfect, do exist. However, they are legally restricted from being used in domestic airspace — which is federally controlled by the FAA. Speaking with FAA officials validated further the United States’ cautious approach towards authorizing counter-UAS. Congress recently delegated limited domestic counter-UAS authorities to Department of Homeland Security (DHS), Department of Justice (DOJ), and Department of Energy (DOE) in the 2018 FAA Reauthorization, as well as the Department of Defense in the National Defense Authorization Act (NDAA) is 2018.

The team doubled down on developing a policy advocacy strategy, with the goal of positioning the National Guard to be extended authorities by Congress for a domestic Counter-UAS program. Due to the nature of deliverable being new legislation — the team shifted its primary beneficiary to be the Ohio Adjutant General — whose strategic role includes championing pro-Guard policy.

The next key conversation came with an individual familiar with the unlocking of counter-UAS authority for DOJ/DHS/DOE’s. They emphasized Congress and FAA’s caution in delegating counter-UAS and that our best chance of succeeding was to seek limited authority for specific Guard units and mission scenarios at highest risk from UAS.

With less than half of the spring semester remaining, the team felt the pressure to begin building out elements of the Policy Advocacy Strategy:

Even with a clear structure in place — Spring Break, serious writer’s block, and competing involvements set back the team. We were called out in front of the entire class for continuing to “talk big game” but delay tangible progress.

With a fire lit under us — the team divided up the deliverable elements — and sought alignment with Guard strategic and operational leadership on the units and missions which our proposed legislation would cover.

The final open question involved defining an actionable pathway for deploying our policy proposal. Discussions with Guard Legislative Affairs led us to believe our proposed bill would best fit within an upcoming National Defense Authorization Act (NDAA). We explored different channels to get our proposal to Congress, including the National Guard Bureau (NGB) and the National Guard Association of the U.S. (NGAUS-the Guard’s advocacy group).

Following our 45-minute briefing, the Adjutant General and Guard leadership team proceeded to ask us questions about our analysis and recommendations. Their feedback was overwhelmingly positive, and included statements like:

“Your proposal is implementable and, in a few years, will be part of the solution to addressing this critical threat to the Guard’s readiness”

Commending our ability to cut across organizational to provide the Guard a comprehensive view of the Counter-UAS landscape.

The journey is not for the faint of the heart, as it is filled with twists and turns, embarrassing failures, and shaken self-confidence.

However, this is exactly the point: Real-world problems are ambiguous, complex, and are not as straightforward as they initially seem. An extra dimension is added when stepping into a new organization context: quickly, one must learn about cultural norms, processes, authority structure, and internal politics.

Only by seeking out opportunities to “get comfortable being uncomfortable” can one strengthen their problem-solving muscle. H4D offers an incredibly safe environment for students to leave their comfort zone, by providing:

No other university course could ever allow me to make such a tangible impact on solving the challenges faced by our National Defense and Security community. The exposure to H4D broadened my view of what was possible with my Integrated Systems & Engineering and business background. I now recognized how closely intertwined policy is in technology heavy industries — and the importance of being able to effectively communicate across domains. I learned so much by working with teammates from policy, law, and economics backgrounds — but more so as a result of the diversity of life experiences and world views.

Moving forward, I desire to continue seeking out opportunities to solve multidisciplinary “systems of systems” — especially within the future mobility and smart cities sectors. I am confident in my ability to become a leader in these emerging fields at the intersection of engineering, business, and policy.

Hacking for Defense provided me the greatest leadership and problem-solving challenge in my undergraduate career — hands down. I am a stronger individual because I stuck with it.