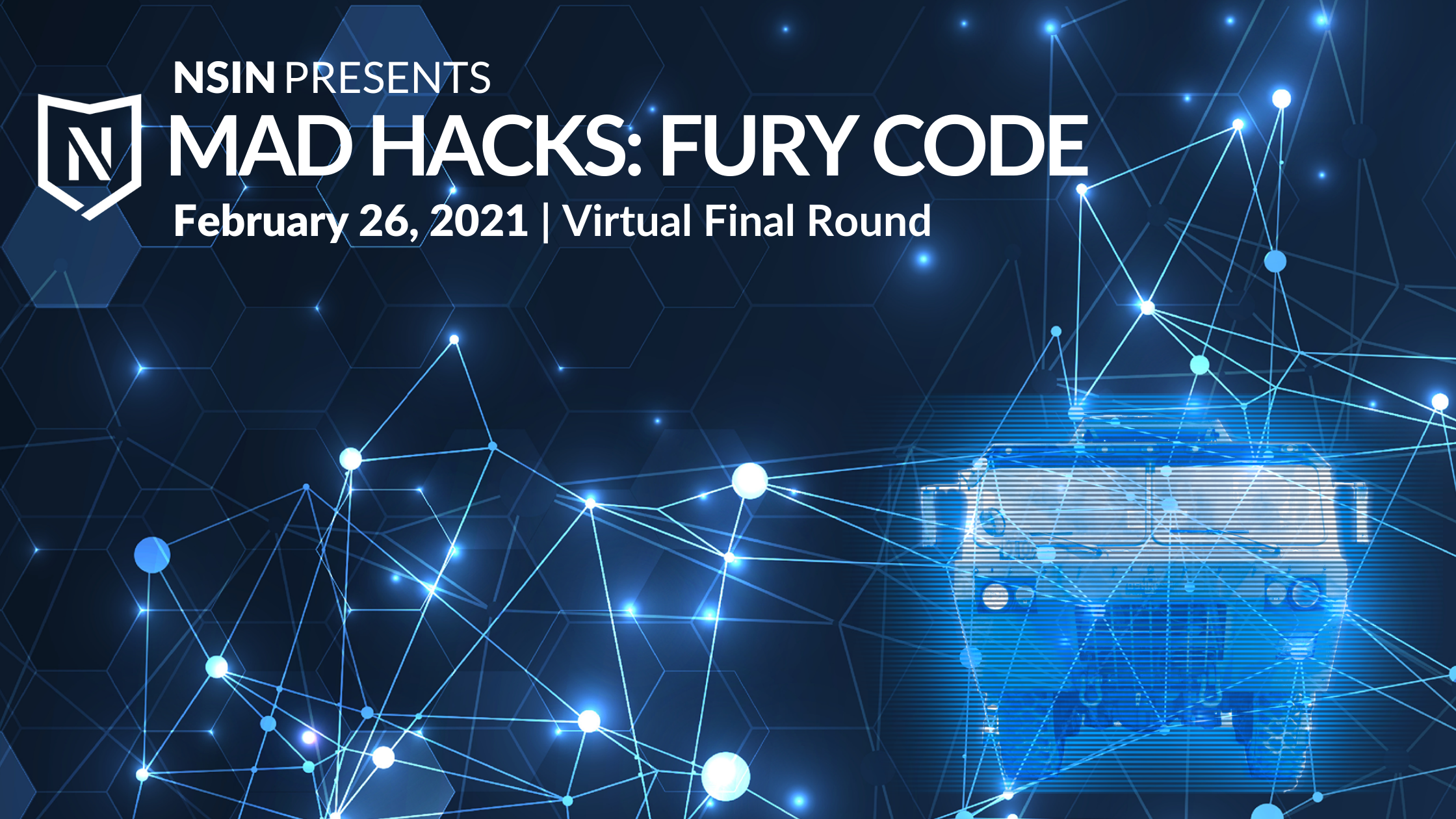 The National Security Innovation Network (NSIN), a Department of Defense program, today announced finalist teams and the judges’ panel for the final round of its online hackathon challenge “Mad Hacks: Fury Code.” The virtual event concludes on Friday, February 26. “Mad Hacks” challenges participants to develop technologies or system solutions to support vehicles through cyber-attacks or other instances or electronic warfare and return to a known good state with or without human intervention.

Interested individuals are welcome to attend the virtual pitch round on Friday, February 26, 2021. Registration for this final round is required and is available online here.

The Army’s utilization of human-controlled and autonomous vehicle platforms is steadily increasing. These systems play critical roles in the mobility and survivability of Army forces. While they offer significant advances in capability, they are also vulnerable to cyber-attacks that could disable the system and leave troops unable to communicate and coordinate. Given the diversity of the vehicles used, along with the adversary force capabilities, successful cyber-attacks are all but inevitable. Therefore, these systems must be resilient enough to support missions that rely on them.

Nine teams were selected from more than 500 hackathon registrants, representing a mix of academic, defense, and early-stage ventures for the finalist round of pitches. The finalist teams are:

A panel of esteemed industry and military partners will evaluate these nine finalists based on the viability of proposed solutions and focus on at least one of three key focus areas, including:

Judges for the “Mad Hacks” hackathon final round include:

NSIN Hacks is a program of the NSIN Collaboration Portfolio.

The NSIN mission is to “build networks of innovators that generate new solutions to national security problems.” NSIN is headquartered in Arlington, VA, and has regional offices in 11 commercial innovation hubs throughout the United States. Through its headquarters, regional hubs, and embedded university partnerships, NSIN builds a national network of innovators and delivers programming that solves real-world, DoD problems through collaborative partnerships with non-traditional problem-solvers within the academic and early-stage venture communities.